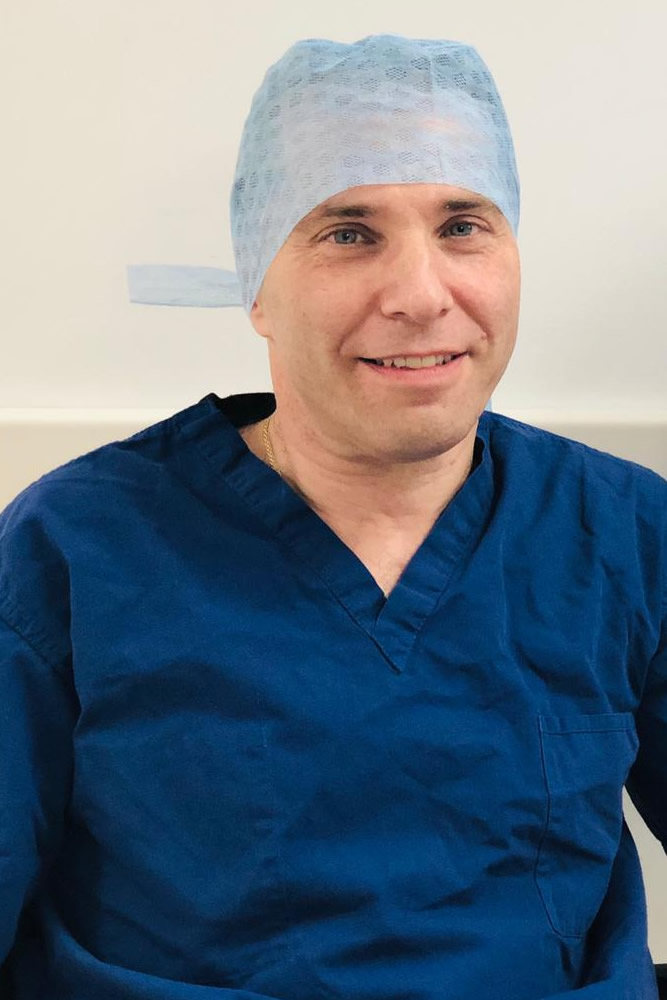 For certain types of surgery I use a robotic instrument called the ‘da Vinci’ which overcomes the limitations of both traditional open surgery and conventional minimally invasive surgery. The da Vinci System is a sophisticated robotic platform designed to offer a minimally invasive option for major surgery.

With da Vinci, small incisions are used to introduce miniaturized wristed instruments and a high-definition 3D camera. The da Vinci Surgical System is the only commercially available technology that can provide the surgeon with the precision, dexterity and control of traditional open surgery, while only requiring 1-2 cm incisions.

Forget about the barber shop surgery from the old days, or even regular keyhole (laparoscopic) surgery. Robotic surgery can transform your body if you are one of the 3 million women (and many men) who are suffering from what is known in the trade as a ‘rectal prolapse’. Whilst sometimes this diagnosis is obvious when the prolapse is protruding right out of the body, there are many cases where the rectum and vagina have prolapsed internally. This is where a specialist diagnosis may be required. Sometimes, the only symptom is that of constipation and not being able to empty the rectum properly. A rectal prolapse usually painful, causes incontinence and can be life shattering for those suffering. There are many reasons one might have suffered a prolapse, but the most common is child birth. However, it is often seen several years later, usually from middle age onwards. This is because in later life, the pelvic floor muscles start to weaken. This makes every day a chore as every activity has to be centred around the toilet at home and in town.

Many people lose control over their bowel movement but are not sure how, or, too embarrassed, to address it. Furthermore, those who may have tried to deal with it, by seeing a specialist, did not get their problem resolved. Well, rest assured, for those who are still suffering, there is an effective treatment no matter how old or how severe the problem might be.

The pelvic floor is a band of muscle which attaches to the bones of the pelvis and the sacrum (five vertebrae towards to end of your spine). When this band of muscle weakens, the organs it supports fall out of place. Mr Elton thinks this robotic technology is the way forward. Robotic colorectal surgery has been in America for some time now, but only recently starting to be popular in the UK. Whilst pelvic floor exercises including a non-invasive treatment called biofeedback, can help some cases, there are many cases which will simply not resolve without surgical intervention. Many people who have had the surgery claim their lives have been transformed by it. As the incisions are small, post-operation recovery is far quicker than ‘open’ surgery. With open surgery, patients stay in hospital up to 7-10 days, whereas ‘keyhole’ surgery, particularly robotic surgery, results in patients leaving hospital around day two or three.

One of the reasons robotic surgery can be better than standard ‘keyhole’ surgery is that the precision is superior, and the movements made by the surgeon, via the robot arms, are completely accurate. It also has the ability to get to places that other surgery simply cannot. The robot can manoeuvre in so many angles that are simply limited by the movement range in a human wrist. So whilst the surgeon may be excellent, there are movements created using a robot which simply can’t happen from a surgeons wrist alone, without such assistance. Also, the view of the problem area is much better, as the camera transmits a 3D view of the area of the operation and can move into places carefully, with more precise movement, better than a human moving the camera. In short, the robot allows better vision, more accurate precision and far greater control.

There are a number of ways to perform this surgery, the most common would be to have abdominal surgery, using five or six incisions to the stomach area. The incisions are very small indeed, most less than 1cm in diameter, many around 5mm. The surgeon creates a space between the rectum and vagina as far down as the pelvic floor muscles. The surgeon then inserts a non-absorbable mesh (which last forever) through one of the small cuts and stitches it onto the front of the rectum and the back of the vagina, then tacks it to the front of the sacrum. This pulls the rectum and vagina up to their previous natural positions. The surgeon sits in a console and controls the robot arms electronically from an area within the operating room. The surgery means less scarring, much less pain after surgery, lower risk factors and speedier recovery after surgery. After open surgery, the average time to regain to normal life is six weeks. Whereas with keyhole surgery the time frame is two to four weeks. This means one can resume to normal life much quicker with a good chance of an improved quality of life. Patients usually report from 50% to 100% improvement in their symptoms. As with all surgery, there are risks involved, both from the anaesthetic, and the surgery itself. Bleeding and infections can happen. However, these risks are low and with the hundreds of people who have already undergone this surgery, it is clearly an innovation that is here to last and transform current surgical practices.

There are only a few surgeons in the country performing these operations. That is because to use the robot requires specialist training. This is both for the surgeons and the nursing staff. The operation also costs the NHS around £6500, but there is the usual waiting time. For a private operation, which could be conducted around two weeks after a diagnosis is made, it costs around £9000. However, most of the health insurers usually cover most or all of the costs. If you think you may need this operation, please consult your GP who can refer you to Mr Colin Elton.